It's been a busy few days. Christmas Eve wasn't as eventful as I thought. Except for Coke Head (My Evil Mother's husband) nagging me at the end of the evening to drive all the way to Blouberg for a drink. I was exhausted from playing hostess, but he just wouldn't let up. Eventually My Evil Mother intervened and they left without further fuss. I wonder if he didn't take up his old hobby, because they didn't come to church on Christmas morning.

Christmas morning I had a wonderful experience in church. Again I receive two communion wafers. I was feeling sad the days leading up to Christmas, but just that little sign showed me that James was with us.

Christmas day was spent with my in laws. We didn't really do much, but had a nice lunch. Boxing day we were with my in laws again...eventually we left and went to Boy's place. I was so freaking bored and tired of drinking myself that I left without Rudi (of course he didn't want to leave...they were playing pool and darts). Rudi only found me about 2 hours later...drunk as a skunk. Apparently they had run out of mix and started drinking things without mix. Pfft. Bad idea! He's surprisingly lucid this morning and not moaning about a headache.

We're meant to spend the day with my grandparents, but I have no idea what we are going to do. 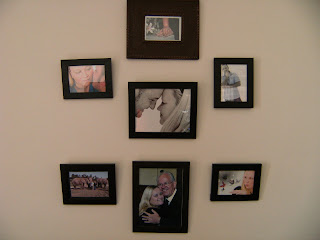 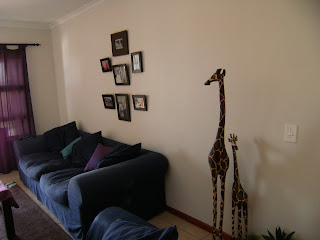 Part of the lounge 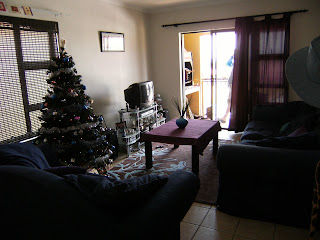 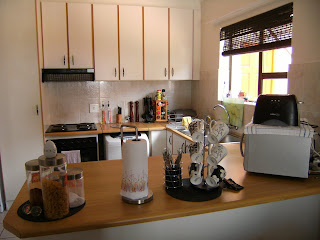 The kitchen
Translated from gibberish by acidicice at 08:37

Oh I love that mirror in the passage!
I'm sure James was with you, what a lovely sign :)

I also LOVE that mirror. Rudi gave it to me for a birthday a couple of years ago. Mosaic does it for me :)

I am glad Christmas went well.