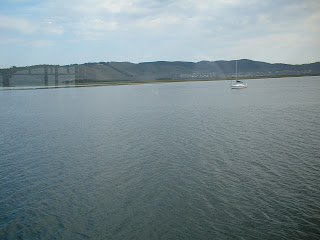 This was taken from the John Benn 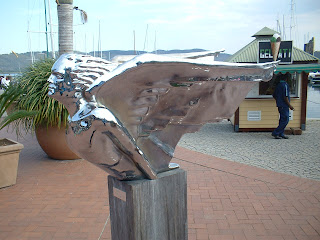 This chrome statue is called 'Zephyr' 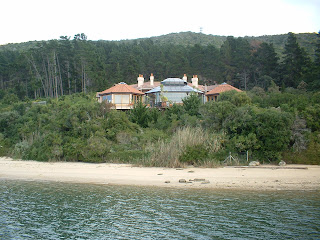 This was also taken while we were on our cruise 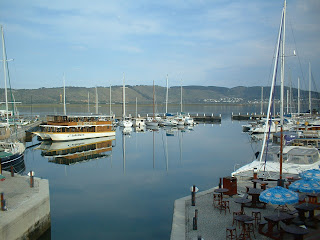 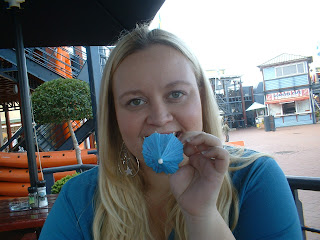 We enjoyed a cocktail just before boarding

We're finally in Knysna. The drive that we took wasn't too bad. Rudi drove all the way through and we made pretty good time. Even though we kind of got lost at some point. I bought a new camera which I am really stoked about. While the battery was charging I used my grandfather's old camera that he loaned to us. We were going to see the Knysna Elephants today, but decided to rather wait until my camera was fully functional before doing so. We just got home and noticed the battery is charged, but it's a little late to go to the Elephants now.

The camera I bought is supposedly usually priced around R3 000, but it has been discontinued so it was on offer for R1 100. It's a 8.2MP camera that works with a lithium ion battery. As far as I've seen it's pretty cool! I also bought a 1GB memory card for our trip. My grandfather's old camera only has a 16MB memory card and was full halfway through the first day!

Earlier we went to the Knysna Waterfront and went on a one and a half hour cruise to the Knysna heads on a boat called the John Benn. You can see it in one of the pictures I'm posting.

Tomorrow we're going to head up out to the Elephants and we're going to go to Plettenberg Bay to see if we can spot some whales as it is whale season here and we should be lucky to see some.

It's so beautiful and peaceful here in Knysna. I think I want to come and retire here. Anybody would do well to do so!

While the images are uploading I think I'll fiddle with my new camera!
Translated from gibberish by acidicice at 14:38